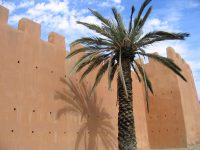 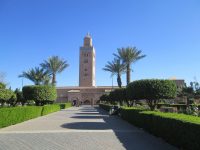 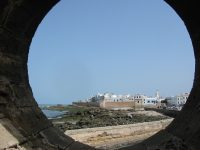 Become more acquainted with the exceptional history of, Essaouira Day Trip From Agadir,  so visit the Medina of Essaouira offers beguiling vivid scenes from The Moroccan – Portuguese style and then to the Grand Mosque, patios, bistros, and the souk, so his old Portuguese city was recorded as a UNESCO World Heritage Site in Morocco in 2001. Our visit will begin by driving for two or three hours through the map book mountain, with hardly any stops en route.

The coastal city of Essaouira, overlooking the Atlantic Ocean, is considered one of the most beautiful and important coastal cities that gather all the beauties of nature in the Kingdom of Morocco. It is a city with distinguished architecture and a long history; It is a tourist city par excellence, attracting the attention of foreign tourists before the Moroccans, and geographically located in the western side of the Kingdom of Morocco, with a population of 69,493 people, according to statistics in 2004.

In the past, Essaouira was called Tamuzika, then Mogador, and finally it was called Essaouira, which means painting or picture since, in the view of the philosopher Bernard, it was derived from the word “sur” in the Phoenician language meaning a wall, a tower or a rock.

Because the first stop, you gonna see some “flying goats” climbing the Argan trees searching for the crisp nuts, secondly stop to unwind and have a recess in a Berber town then the conclusion stop to visit the Argan Oil manufacturing plant.

Essaouira’s history goes back to BC to the time of the Phoenicians, when they made it a berth for them when they were traveling to Ecuador by sea, and the King of Morptania Yuba II set up a factory for the manufacture of dyes extracted from oysters, and he exported them to the Romans, then settled there by the Portuguese and the Saadian Sultans, and in 1760 It was reconstructed as it is at the present time by the Alawi Sultan Sidi Muhammad III bin Abdullah, as it dates back to the Carthaginians and the Romans three or four centuries ago, since the end of the second century BC, as evidenced by the monuments that were found

When we land in Essaouira, you will have your spare time to visit the souk which is situated inside the Essaouira Medina. What’s more, make a voyage through the bulwarks of the Kasbah and Scala, where you will investigate the defenses of the Scala, the port of Essaouira, the city showcase, the local goldsmiths, and the art complex.

After your leisure time to appreciate the city and its lovely bright seashores, come back to the street for your excursion back to Agadir with hardly any Stops en route once more, to rest and watch the nightfall on a wild seashore.

Agadir Day Trip to Essaouira is a sharing group trip, if you wish to book a private tour please contact us via Email or via the What’s app