The coastal City of Essaouira, which is nicknamed the City of Winds or Tassourt, is one of the most important, oldest, and most beautiful tourist cities in the Kingdom of Morocco, which overlooks the Atlantic Ocean. It has the uniqueness and beauty that make it a destination for tourists of the first order, who go there in order to enjoy its beautiful scenery and have the most beautiful times.

The city is characterized by its unique and distinct architectural character, and tourist activity is constantly increasing in it due to its pleasant weather, which tends to be cold in winter and moderate in summer. In addition to all this, the city contains many captivating tourist sites; As it contains many squares, walls, and great historical monuments that reflect the ancient history of this city, and in addition to this, it is filled with harmonious archaeological buildings, in addition to its ancient and great cultural heritage inherited from the generations and nations that settled that land, before giving a description of the city, it is necessary to pass quickly And a summary of its history, which bequeathed it all that heritage and beauty, making it a destination for tourists from all over the world.

The construction of the city of Essaouira dates back to the time of the Greeks and the Phoenicians, due to the presence of an ancient port in that era. They came to it for the blue dye for which it was famous. It was known as Mogador. The actual founding of the city dates back to the year one thousand seven hundred and sixty AD, to the era of the Alawite dynasty at the hands of the Alawi Sultan, Sidi Muhammad bin Abdullah, to be a fortified city with towers, fortresses, and impregnable walls in the style common in Europe, it is very similar to the French city of Avignon, to become Mogador through its port The most important convoy centers for convoys are those where major commercial and maritime exchanges take place at the Gateway of Africa.

This city consists of three districts:

The population of the city of Essaouira is estimated at four hundred and ninety-three thousand and sixty-nine people, working in marine fishing and trade, and in the areas of tourism services.

The most important tourist areas

Archaeological research conducted on the island of Mogador, near the city of Essaouira, confirmed the existence of a Phoenician, Greek, and Roman trading port.

The Alawi era is considered the era of the real foundation of the city, which dates back to 1760 AD, the year that coincides with the establishment of the Alawi Sultan Sidi Muhammad bin Abdullah, the port of Essaouira, which opened to foreign trade in order to develop Morocco’s relations with Europe.

Among the requirements of Morocco’s security in the concept of Sultan Muhammad III was the fortification of the coastal frontiers and major cities, which made him build more towers and fortresses. To this end, he gave special attention to the architect Cournut Théodor, who specializes in the construction of military fortresses in Avignon, and commissioned him to develop the general design of the city.

In terms of engineering, we notice European engineering influences that appear in particular in the scaffolding that was built on the ruins of the Portuguese fortress and fortified with cannons. Whatever the case, the city of Essaouira is similar to other ancient Moroccan cities that are replete with their historical buildings, such as the walls, Bab Marrakesh fortress, Saqala port, and the city, Bab Al Bahr, Ben Youssef Mosque, and the Portuguese Church.

Essaouira port became at the time of Sidi Mohamed Ben Abdallah the most important port, with which Mogador began to play a commercial role and was concerned with maritime trade control after the European consuls and merchants in Safi, Agadir, and Rabat were forced to reside in Mogador, the center of the commercial activities of southern Morocco. It also became the meeting point of all African caravans and trade exchanges until the ancients considered it the gateway to Timbuktu.

Like the rest of the ancient Moroccan cities, the city of Essaouira was surrounded by the order of Sultan Sidi Muhammad bin Abdullah in 1765 AD, with impenetrable walls in order to protect it from any foreign attack. Despite the advantage of the city walls with defensive engineering features influenced by classical European military engineering, they are similar in shape and components to the walls surrounding other historical Moroccan cities, supported by several towers and five gates, the most important of which is Bab al-Bahr.

The construction of the main door is attributed to the era of Sidi Muhammad bin Abdullah in the year 1184 AH / 1770-1771 AD [It is the only main entrance that opens in the face of the city, its general geometric shape is taken from the European style. to match its parts.

It is one of the engineering components of the city and is characterized by its prominent strategic location, which overlooks an old military barracks that housed soldiers and ammunition.

The European architectural influence is evident in the city Saqqalah, which is located in the northwest corner, embracing the main fortress of the neighborhood facing the ocean. The castle consists of a rectangular courtyard consisting of two levels, the first underground was used as a storehouse for all military equipment, and the second above-ground consisted of a watchtower topped by another tower.

It is one of the important defensive forts that overlook the city to protect it against European attacks. Support with dozens of cannons distributed in a row on the sides of the fortress to monitor all the western gates of the city and an area of ​​980 square meters, employed to store supplies and weapons. Its construction is characterized by solidity and durability, as it was built with carved stones, which is the European technique used. It has an entrance with two symmetrical winding corridors that lead to the roof where three domes.

Like the rest of the Alawi sultans, Sidi Muhammad bin Abdullah was not only interested in building fortresses, but also drew his attention to building mosques, foremost of which is the Kasbah Mosque, located in the heart of the old Kasbah. The mosque contains a square silo, a madrasa, and rooms as a student shelter. The general shape of the mosque is regular, with an area of ​​about900 meters square, it has a prayer hall consisting of two side naves, one parallel to the qibla wall, and another opposite to the latter. The dish is square in shape9 meters9x meters, in the center of which is a fountain for ablution.

The church is located in the Portuguese Church, to the south of the southern door of the city’s saqalah. It was established by one of the European merchants who settled in the city during the eighteenth century AD. Its facade and main entrance are included in the historical fabric of the city. 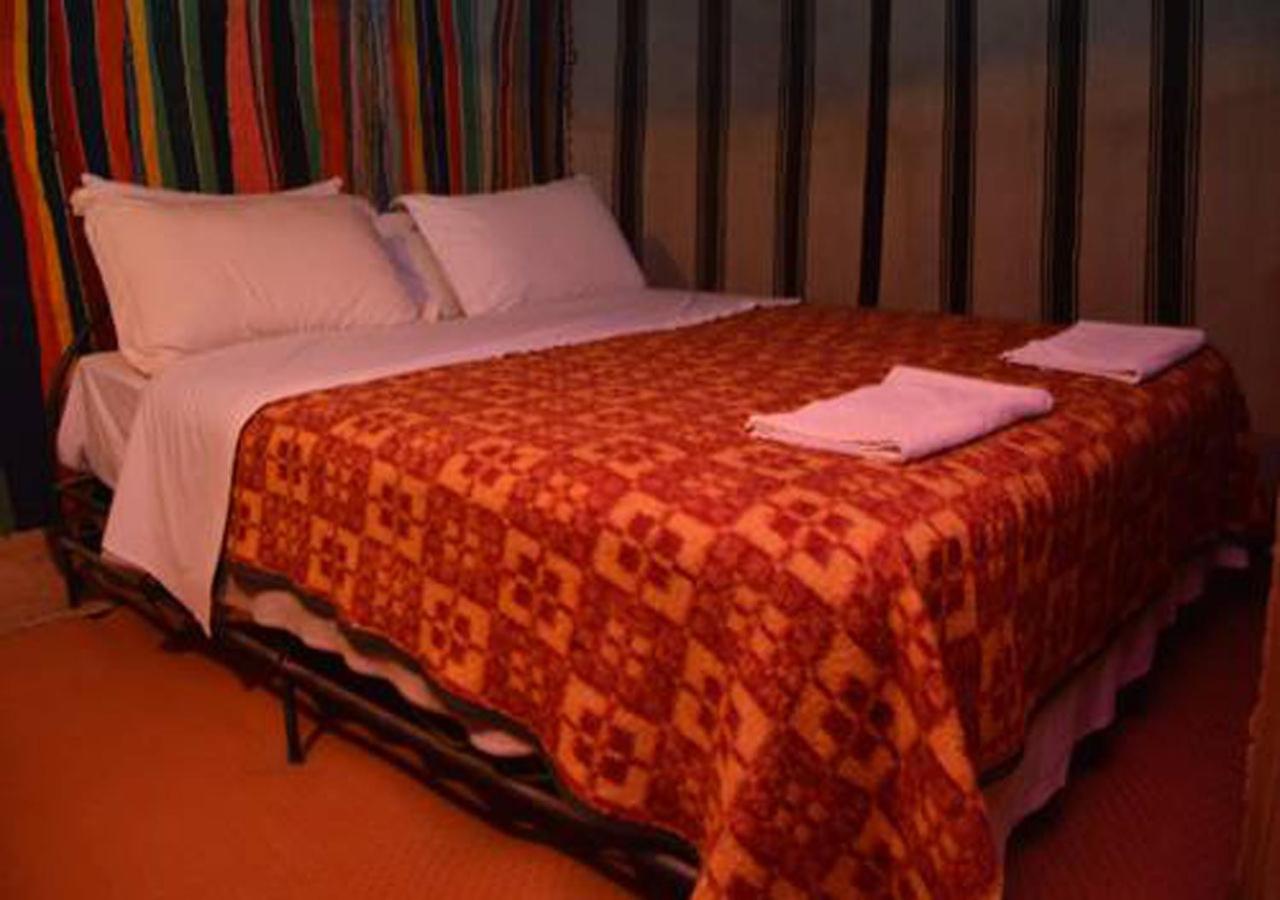 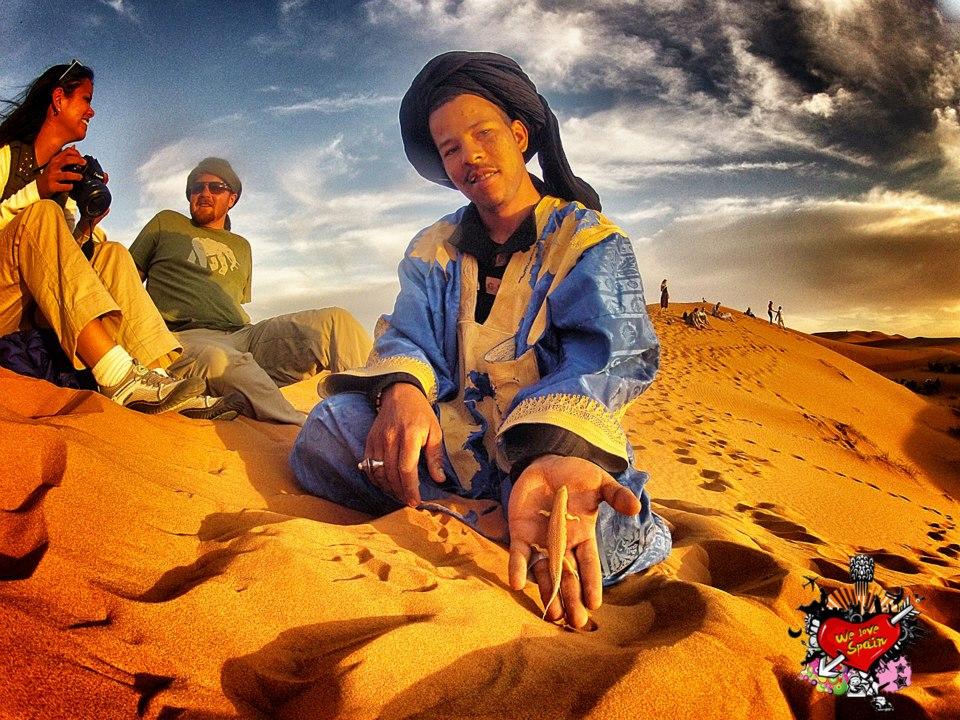 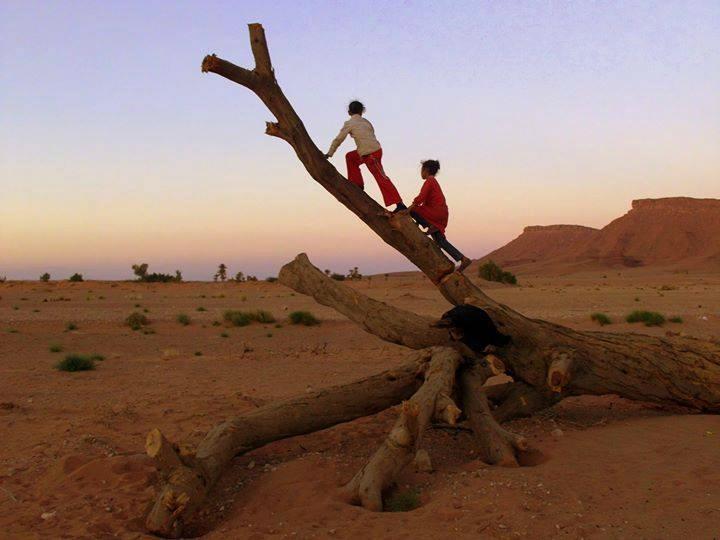 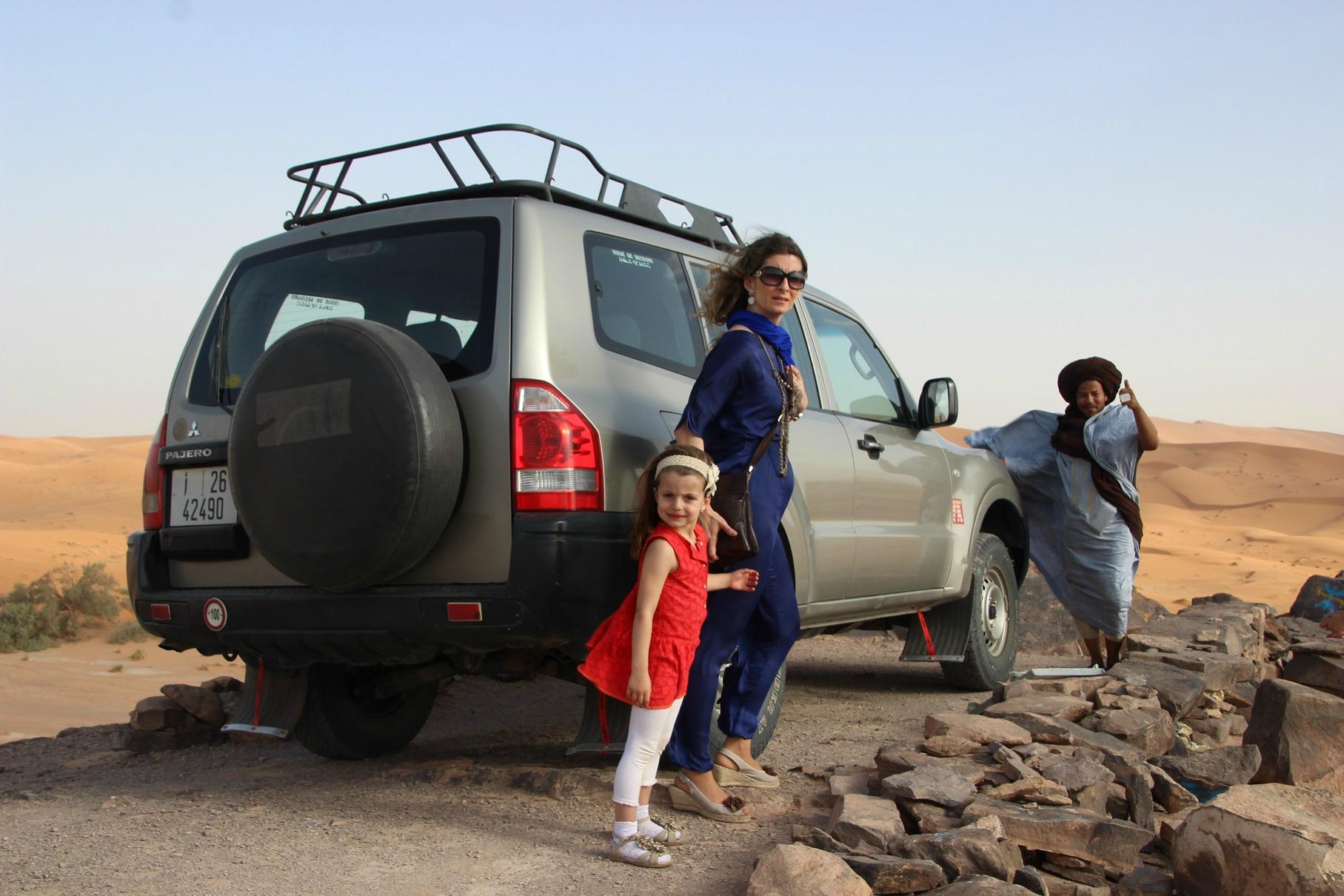 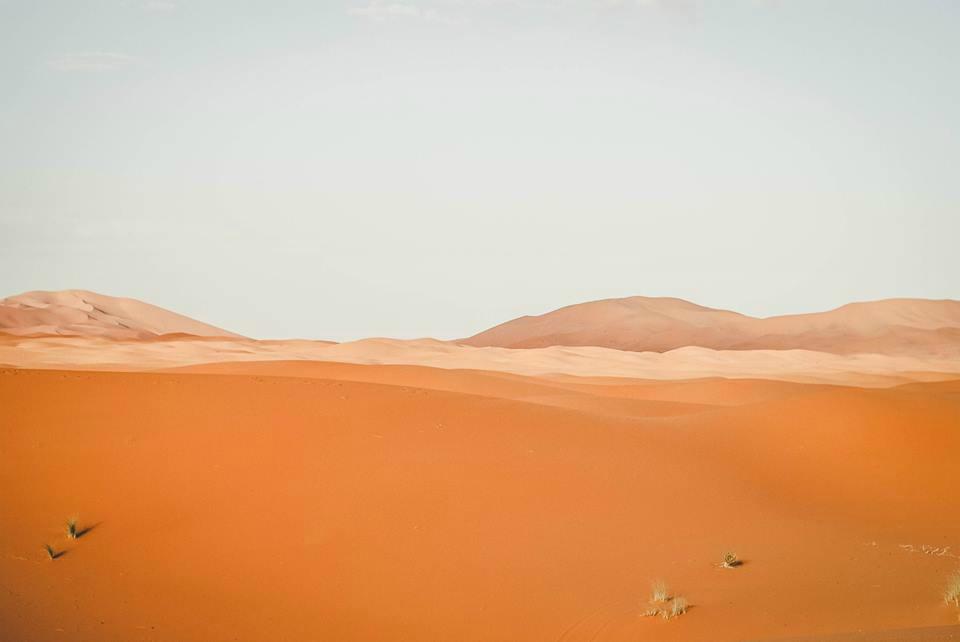 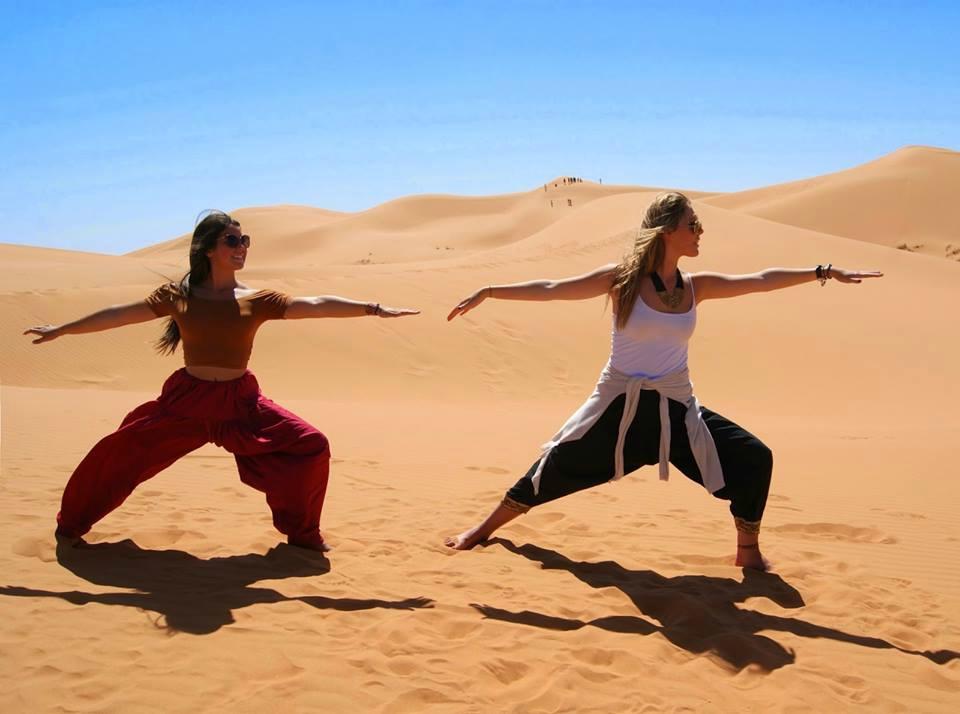 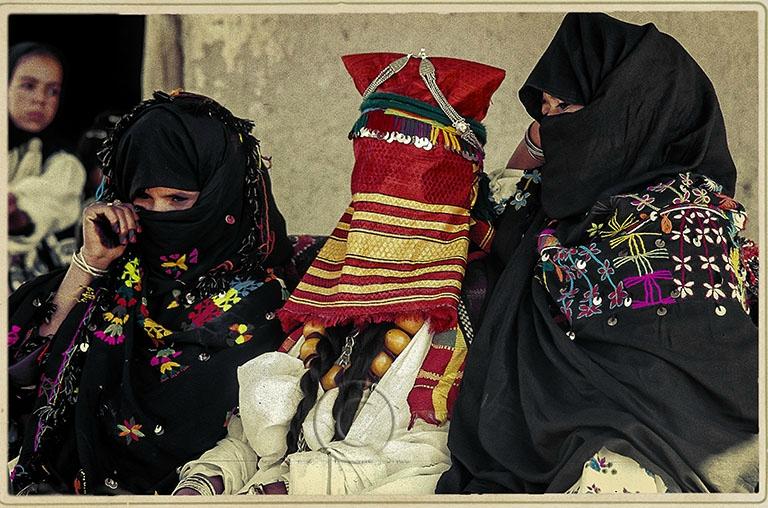 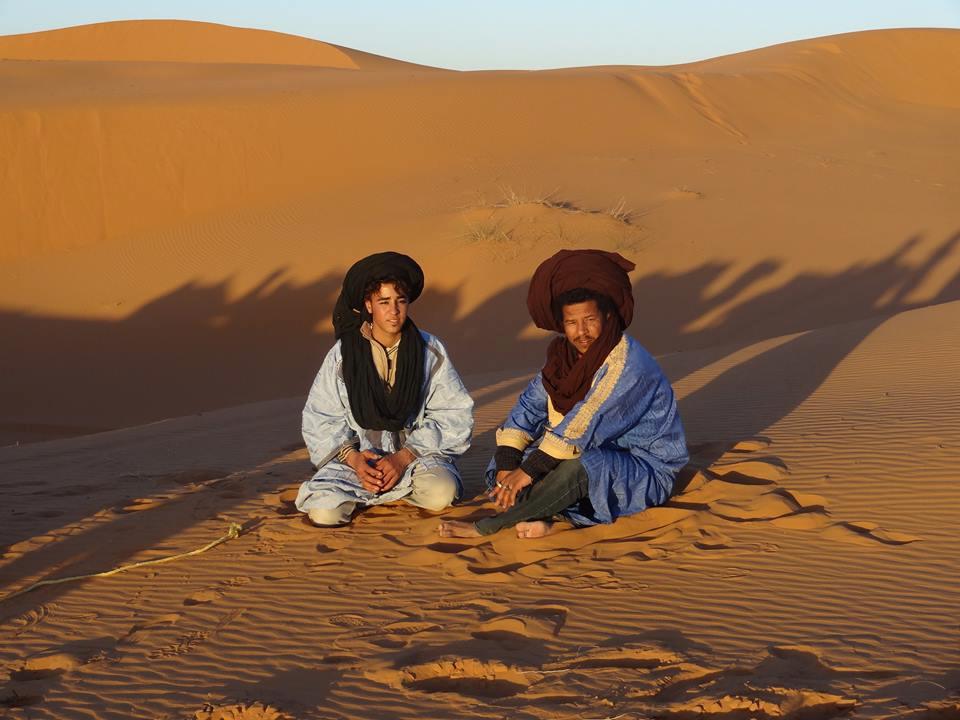