Forever guarded against pirates, the city has always been safe behind its long tall walls and its artillery, the “skala de la Kasbah”. The canons upon the walls form a unique architecture against which the waves crash day after day.

Everywhere you look there are souvenirs, in this city which has kept its secrets and treasures well hidden.

Departure from Agadir around 8 am and explore the Port of Skala, a fantastic port that is famous for its rows of gigantic guns facing the Atlantic Ocean. a visit to the souk, visit the craft center and we discover the exquisite Moroccan craft in the Medina. Essaouira’s Medina is a UNESCO World Heritage Site. It is considered a UNESCO world heritage because it is an exceptional example of a fortified city of the late eighteenth century, built in North Africa according to the principles of European military architecture era.

Picturesque fishing port and the Medina fortified bastion of Skala du Port. You can visit the souks and carpentry workshops on the cedar and the art galleries and the harbor with its stalls of freshly caught fish before heading back to your hotel around 5pm. 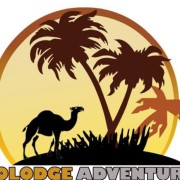 Agadir Activities and Things To Do